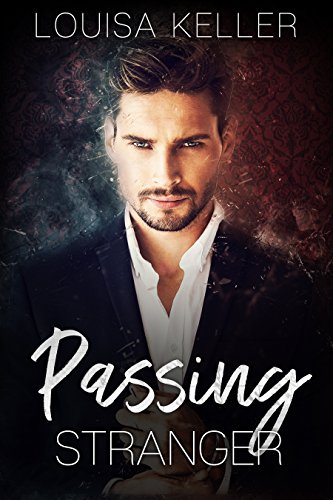 So far I have enjoyed everything from author Louisa Keller and her newest book „Passing Stranger“ was no exception.
Altogether it is a very sweet romance with only a touch of angst, but also some funny moments.
I really liked both main characters and how they helped each other to develop and become better and stronger. But in the case of Riker the development was a bit too quick and too smooth for me. The first impression is just „what a bastard“ and not so many pages later he becomes sweet and caring? I would have prefered to see a bit more struggling and problems before he and Bryce can form any kind of relationship. Bryce on the other hand was perhaps a little bit too sweet and naive after everything he had to go through in his past.
My second issue was the relationship between Riker and his parents, especially his father. The whole book this was a major problem for Riker and made him the bitter man he is when he first meets Bryce. The father is always a looming thread and I totally expected some kind of showdown which unfortunately never happend. This was a bit disappointing in my opinion because I was left with the feeling of a missing closure to this topic.
But these were only minor critic points and altogether I really enjoyed this story and I’m totally looking forward to the next book from this author 🙂